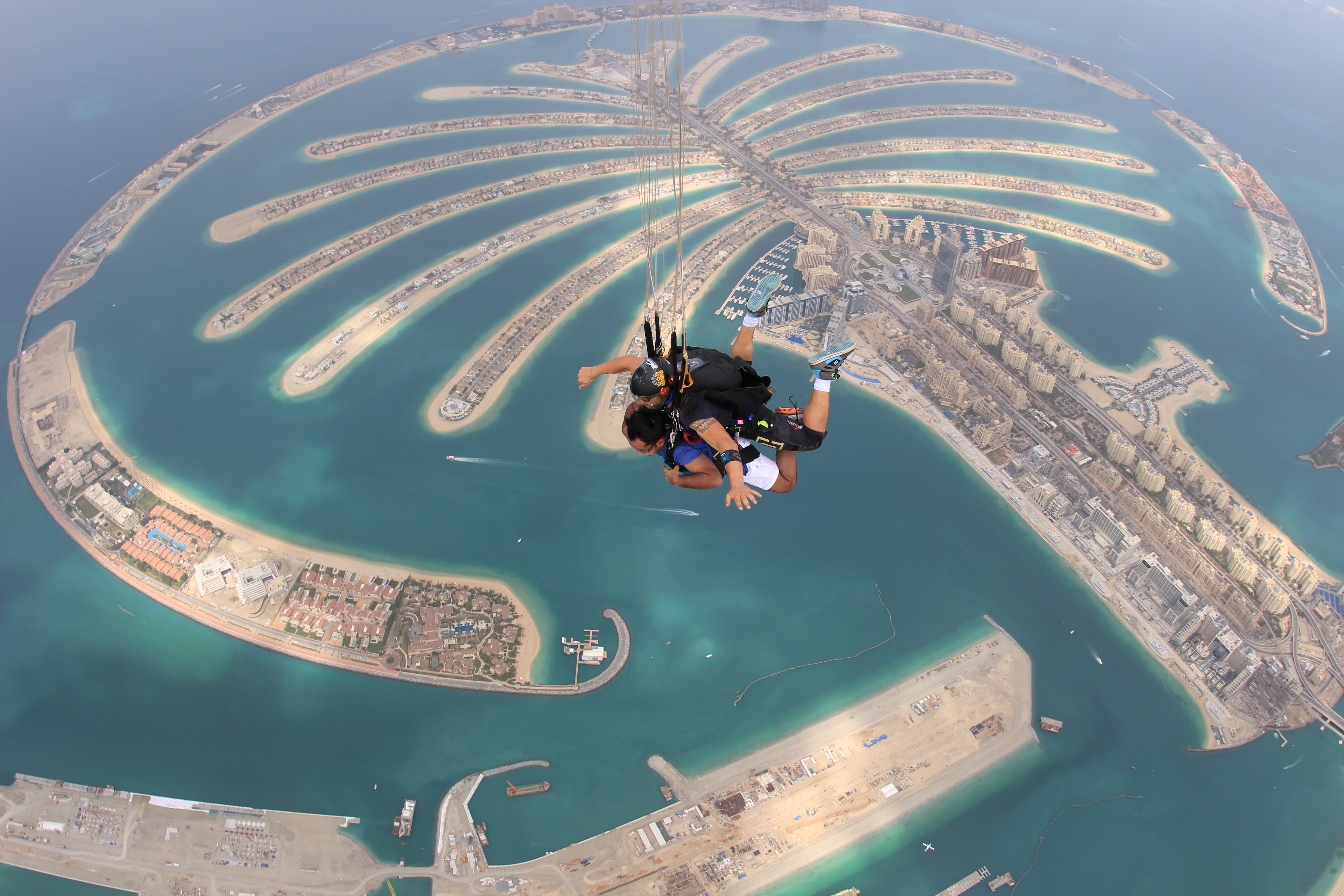 Its about letting go.

This post is just to get me start writing again. I’ll just talk about whats been up in the last 145 days since we talked.

A lot has changed since we last talked. I’m not in London any more. I left London around the end begining of November 2018 to move to Abu Dhabi. I’m working here with Palantir Technologies. I started in February spent a week in California and another in New York for on boarding.

I was really excited about California but I was blown away by New York City. It is the best city in the world. I like to call it London on Steroids. Maybe morer on my travels later.

Palantir has been fun so far. I’ve been learning a lot. The work here is really interesting. A lot of ownership. The office is really really cool. Its been an amazing two months at Palantir. If you are looking for referrals email me.

Between London and Abu Dhabi

I spent about three months waiting for the visa to come through. It took more time than I would have liked it to. If you want me to write about the visa process for Abu Dhabi, let me know.

On the plus side I got to spend a lot of time with Family. I travelled all across India meeting friends and family. In the ~3 months I was there I visited New Delhi, Jaipur, Indore, Pune, Bangalore, Guwahati, Lucknow and Patna.

Home at the moment is in a remote village in Assam called Missamari. I ate really healthy food and went running almost every other day. Cycled a bit as I was in the foothills. The village is fairly close to Arunachal Pradesh so you can see the hills/mountains, its beautiful.

For about two weeks I went on a trip to South East Asia. I wanted to see why Chiang Mai was so hyped among the digital nomads. In the past few months I had really been following indiehackers, pieter levels and nomadlist. Chiang Mai is beautiful and really walkable. Its really cheap so I can see why digital nomads would like to live there. Plus its a community as so many people fly there to live and work there.

Tip: When in Chiang Mai visit Khao Soi Khun Yi and get the Khao Soi there. Its delicious. Probably the best food I have had in Thailand. 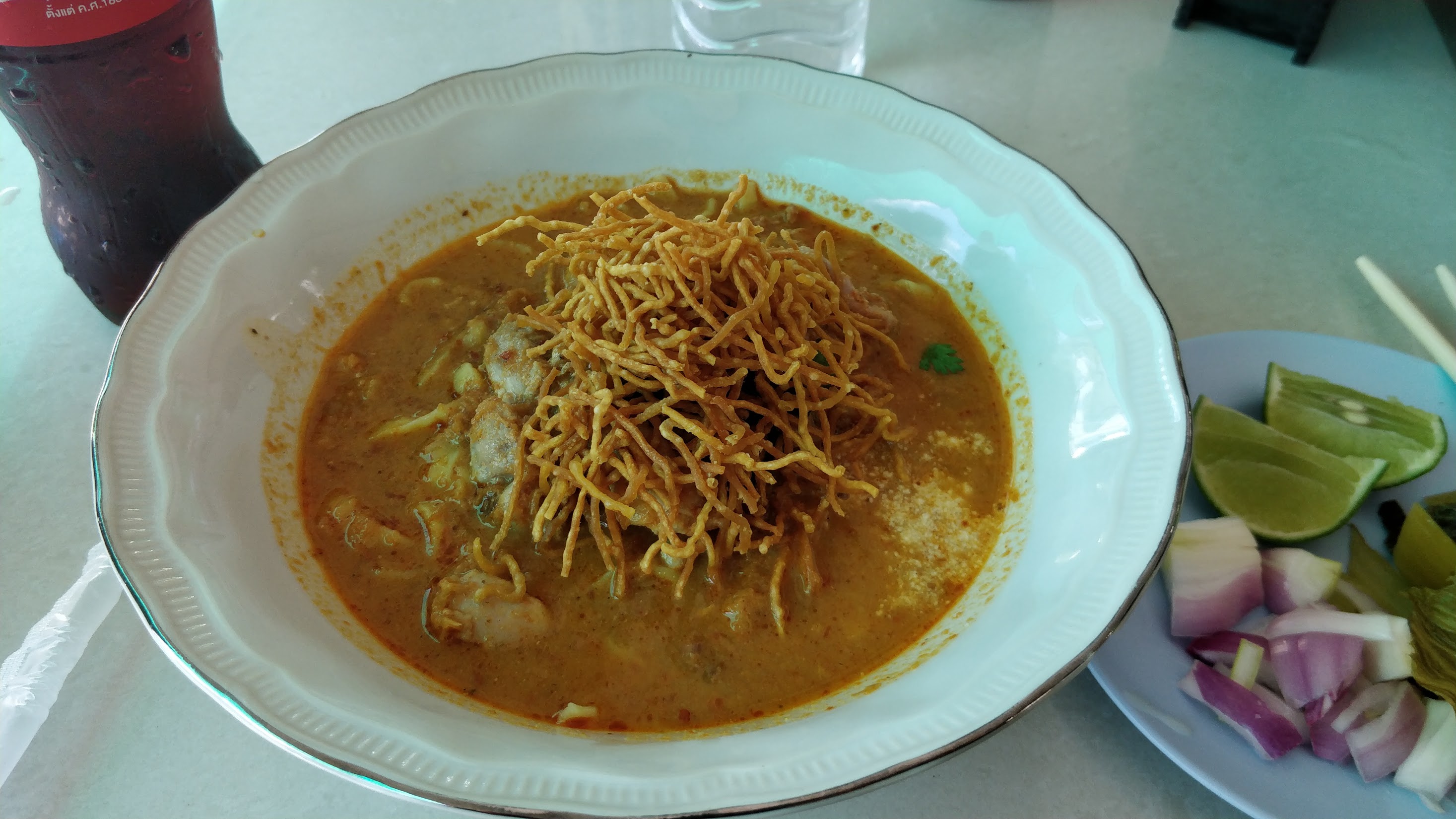 From Thailand I took a really long Bus to Cambodia. It was my second time visiting Cambodia. Went to meet a friend. We visited Siem Reap, Phnom Penh before I solo travelled to Sihanoukville. This was a much fancier trip compared to the thousand dollar challenge.

Sihanoukville was new for me. I wasn’t impressed. Nothing memorable. It’s a really funny city, you have new casinos being built. Chinese businessmen are trying to convert it into a new Macau. There’s more Chinese text than Khmer. There are also backpacker villages with mostly English & Australian tourists. Its quite contrasting but and really dusty cause of all the new construction.

Lets discuss New York and Cali in a separate section.

So Palantir’s main office or as The Shire is in Palo Alto, California. If my quizzing memory serves me correctly Palo Alto means tall tree. I was really excited for my trip to California. It had always been a dream of mine to go there. It seemed to be the place where anything new and exciting happened in the world of technology. Its the place where dreams are made real.

It’s easy to see why. If you are walking in downtown Palo Alto you’ll find a venture capitalist every hundred meters. They are everywhere, I don’t remember seeing a VCs office before but in downtown Palo Alto, in the city where ideas become products and products become companies you can’t miss them. They are as common as seven-elevens in Bangkok.

There are lots of startup offices all across Palo Alto. There are tech history places, like the HP Garrage. Mountain View is close and thats where the Google office is. So is YCombinator(though I hear they are moving). California is different, its a bunch of small cities really close to each other.

In the week I was there I visited Palo Alto, San Francisco, Mountain View, Sunnyvale, Redwood City often times not knowing that I am switching cities. Lots of these cities have their own tech darlings. Mountain View is where Google is. I visited a friend at their HQ in Mountain View. They are everywhere in Mountain View. Menlo Park is where Facebook operates from. Sunnyvale has the Yahoo HQ.

So back to walking in downtown Palo Alto. You’ll cross giant companies, small companies, people with ideas, people with money and Stanford University. Stanford University is on the otherside of a small pedestrian bridge from dowtown Palo Alto. So no wonder this place thrives. Business, Money, People and Academia come together in this city or in this area. 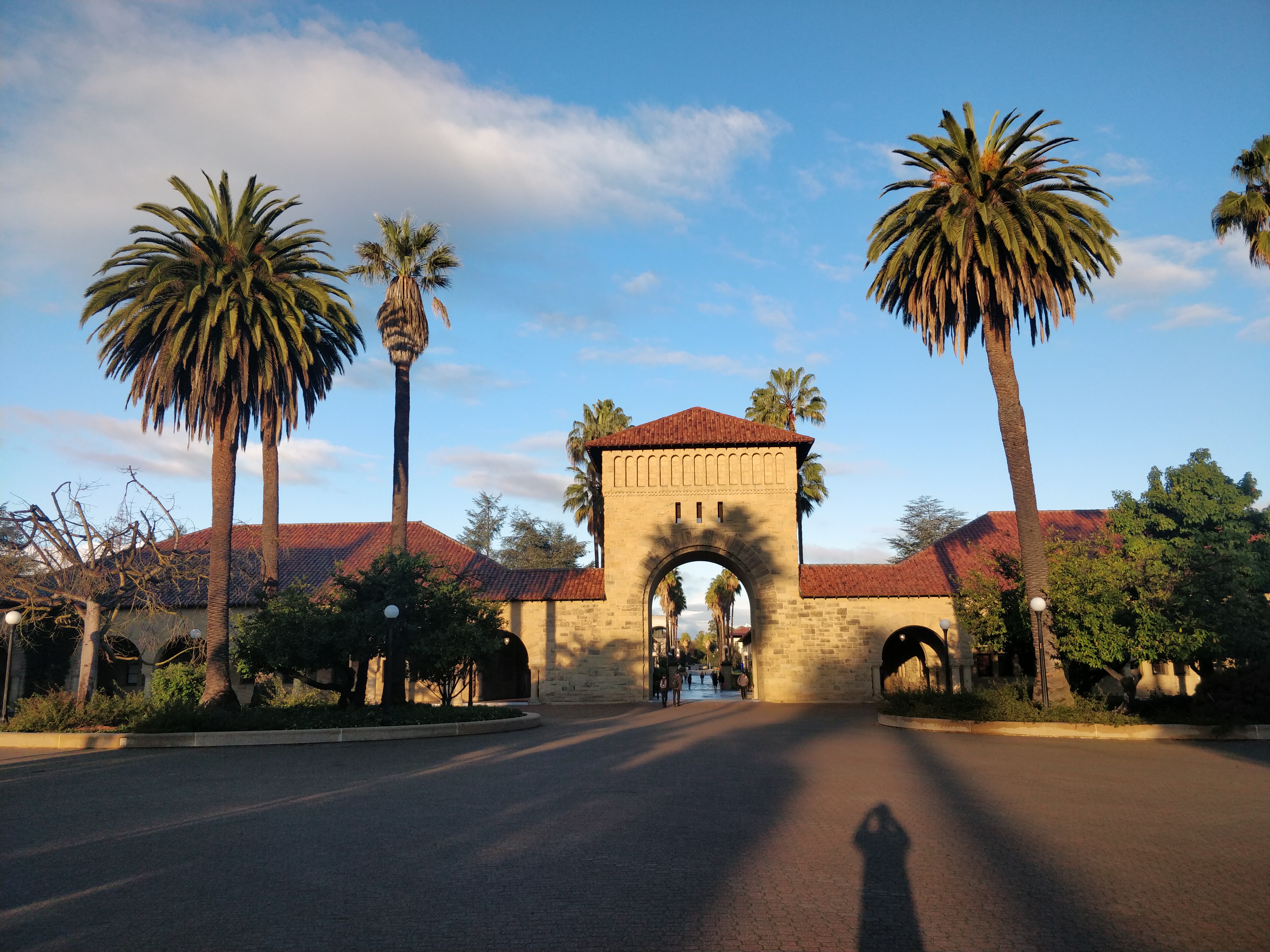 I went on a day trip from Palo Alto to San Francisco. San Francisco is a beautiful city. Pier 39 is ~amazing~ astonishing. I need more adjectives. I walked around the pier, went to the golden gate bridge and alcatraz. Then I walked around Union Square and downtown San Francisco. Went to a Taqueria which Google said was popular among tourist. The food portions in the USA are huge. At Alcatraz I was lucky as they gave me the last ticket of the day for free. 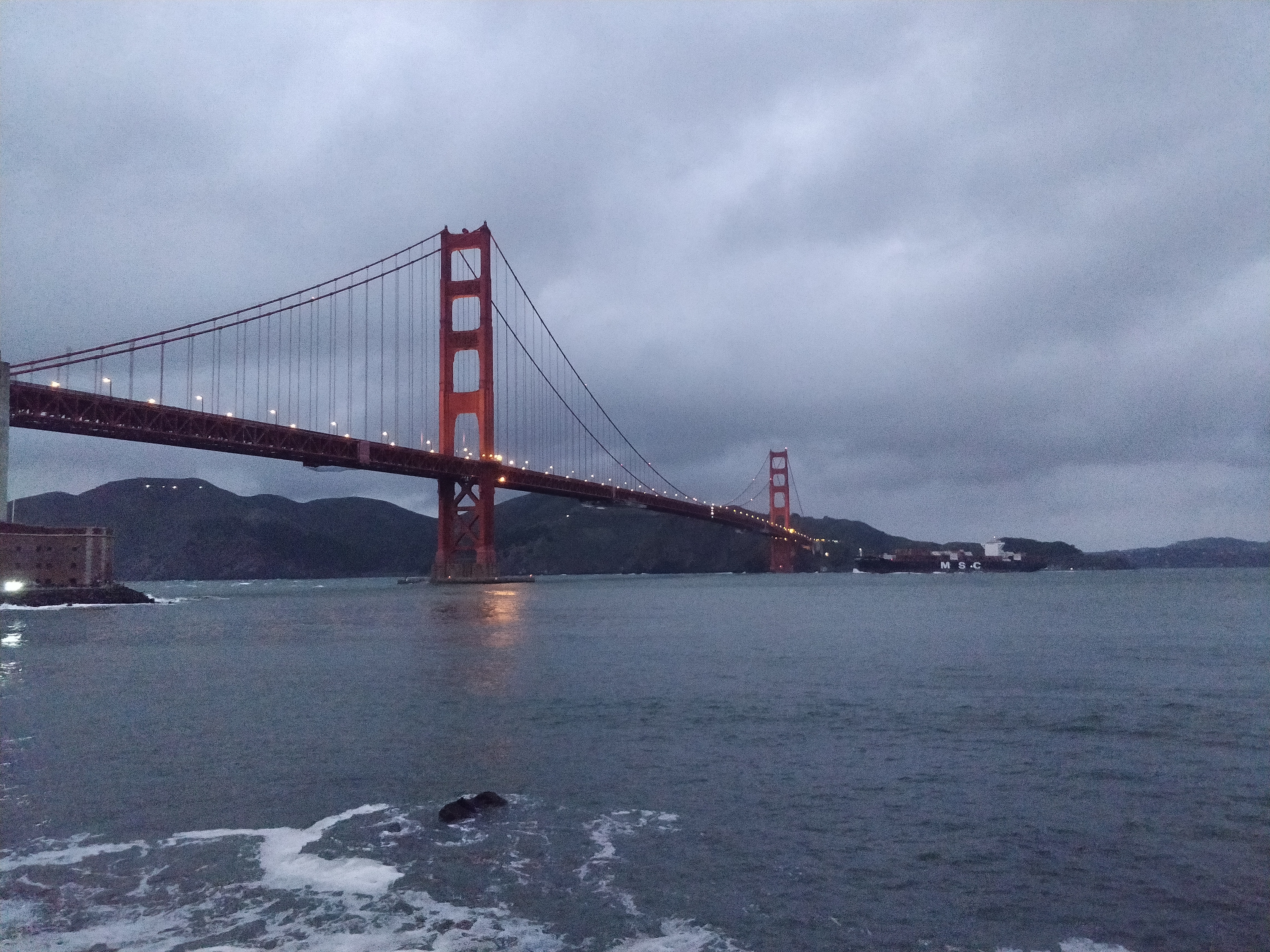 My only problem with California was that the public transport is almost non-existant. To go to an In N Out Burger 5 miles away you need to get a Lyft or an Uber. The bus takes forever or doesn’t exist. That’s where New York comes in.

New York is amazing. Its the best city on earth. It has everything. It’s really diverese and you can get around easily. Some people might complain about the metro in New York but it gets you where ever you want to go. Anytime of the day.

I didn’t know that I would like New York more than California. I loved New York and I think I’d like to live their for an extended period. I met a few friends from college there and also some family.

I visited Seinfelds House, Ted Mosby’s Appartment and the appartment from Friends as a fan-boy.

I love walking around New York city. I visited so many places just by hopping into the metro and then walking. Times Square, Empire State Building,Freedom Tower, Highline Park, Central Park, China Town, Little Italy, Wall Street are all in Manhattan and that’s where I lived. I even went to Brooklyn to visit the Biggie Smalls mural.

There is still a lot left. In my next trip I’d like to go to the Statue of Liberty, Hells Kitchen(I hear the food there is amazing), Bronx, Brooklyn, Drunk Shakespeare, West End and more. I’ve barely scratched the surface with my previous trip to New York.

Tip : When in New York. Eat at Halal Guys. Tastes amazing especially after a heavy night of partying.

I’ve been in Abu Dhabi for the past two months. It’s been fun so far. I’ve been doing a lot of things. I went sky-diving I’m sure you saw the picture if you made it all the way to this part of the blog. It was thrilling. It’s probably on the list of the best things I have ever done. I was surprisinly calm. I’d like to attribute it to the five minutes of headspace I have been doing everyday for the past month.

Brunches are really popular in Abu Dhabi and I have been to two of them in a month. They are very different from what I expected.

I am taking scuba diving lessons as a few of us are booking a boat in Oman for a few days to dive from. It’s going to be fun. Fun fact, Scuba Diving is 3ice as more dangerous as Sky Diving.

To enjoy Abu Dhabi you definitely need a car. You can take cabs every where but that doesn’t feel right. Driving is really important here. Sadly the Indian license doesn’t convert so I’ll be working on getting my license over the next month.

Until next time. Oh, I forgot to talk about something a few friends and I have been doing in the past month.

EarlyTwenties - Shubhankar, Prabhjyot and I have started podcasting. We realease a podcast every week on Sundays(mostly). It’s called the early twenties podcast. The website looks similar cause its the same theme.

Shubhankar had the idea of starting podcasting around the New Year and we decided to play along. The aim of the podcast for him is to help navigate our early twenties better. For me its a social thing, its like the only time in the week when the three of us get to talk together at length. Do give a listen. We love feedback and guest suggestions.