September was fun but it wasn’t good for my weight. I went out to eat with friends multiple times. I had my birthday on the 15th and turned 25. In that week I was ordering and eating out pretty often. Even went for brunch. I haven’t been very carefully recording on MyFitnessPal and my weight has been a sine wave between 59.6 and 62.65. I just made a sheet of the times I ordered in food, normally I’d order in food at the end of the month as a reward but this month I ordered 20 times. These aren’t 20 separate days, some of these are meals followed by deserts. That’s how I got to my all time high weight initially. Not proud but I ordered Nutella Waffles 9 times this month. I ordered Indian Chinese food 7 times. I ordered burgers once. The remaining 3 orders are from relatively healthy places, Albahaca and DRVN. I have also eaten out 5 times, 4 of which can be excused as they were birthday related.

I had identified this problem a few weeks ago. A week ago I started taking it seriously but I have fallen back to ordering. If the weight wasn’t going down as expected I’d order, because what’s the point of being nice anyway. If the weight would drop, I’d order because it’s going down so I deserve it. This is wrong. I need to focus on daily losses and just moving in the right direction, which is down. I’m hoping that writing all of this puts some sense into me and I start working towards the goal again. The best way to exercise self-control is not to exercise it at all.

That’s £100 for charity for whose counting. The dollar equivalent was $127. If you have a charity that you feel closely about, leave a comment. 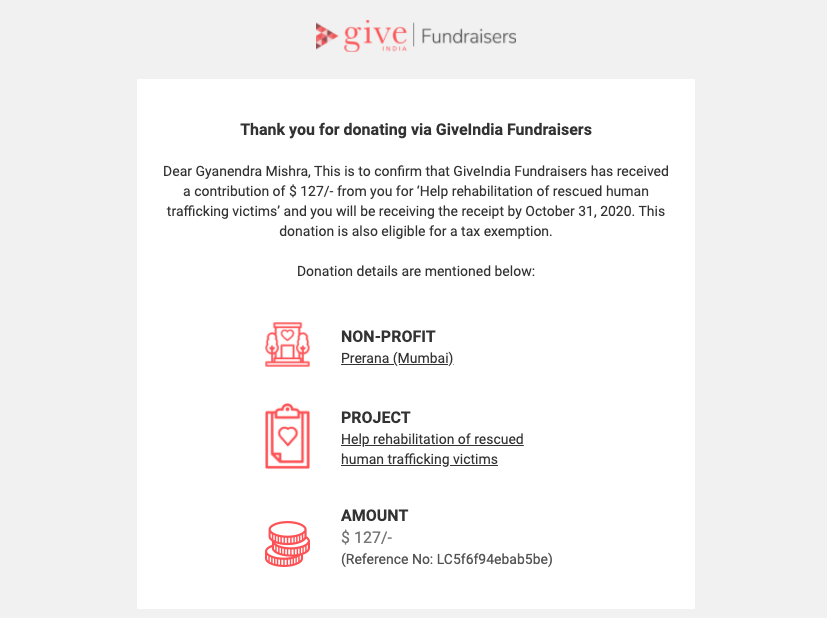 Hopefully Give India is legit and so is this foundation. One can only hope I guess.

The top goal is to get the weight in control. I have realized that running every day allows me to not give into my food urges. So here’s the plan

I’ll also track my calorie intake in MyFitnessPal religiously! I have already moved my target from 63 to 56! It thinks my current weight is 59.7, I better correct that now. Stay tuned.