The Greece Trip was great. The travel expectation vs reality pictures that I had seen before the trip were depressing. The reality was much better and way closer to expectations. Greece is full of cats.

From Dubai I reached Athens, waited 6 hours for the flight to Kos.Trip started at Kos. I arrived in Kos on the 12th of May at 2016 at 10pm. The flight Olympic Air from Athens had a pretty bad reputation on the Internet. It wasn’t anything like the articles. I guess the Internet likes to speak about the bad side of things. The plane was on time and I checked in The Platinista Hotel. Great staff, Great Breakfast, Great Rooms. 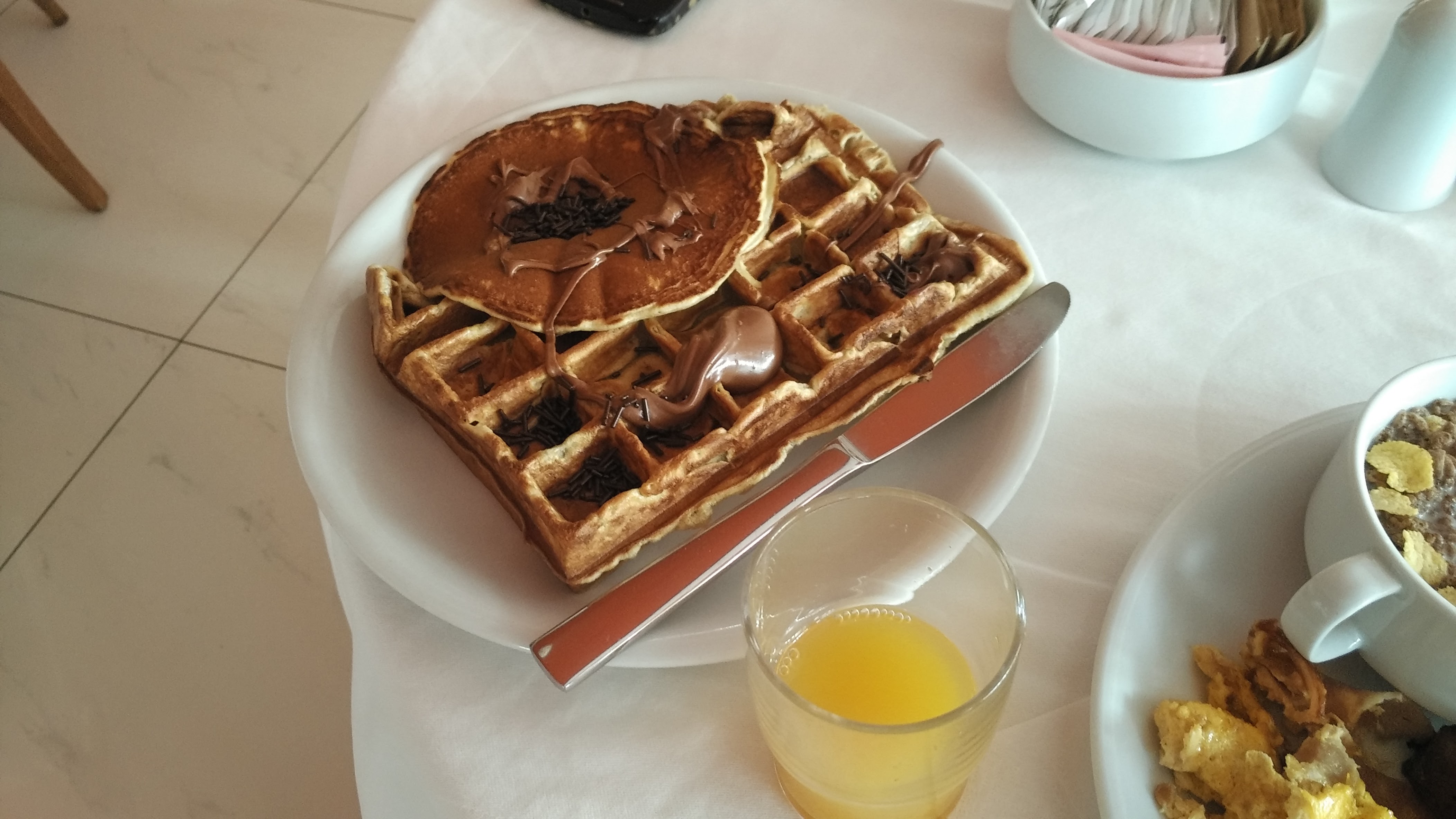 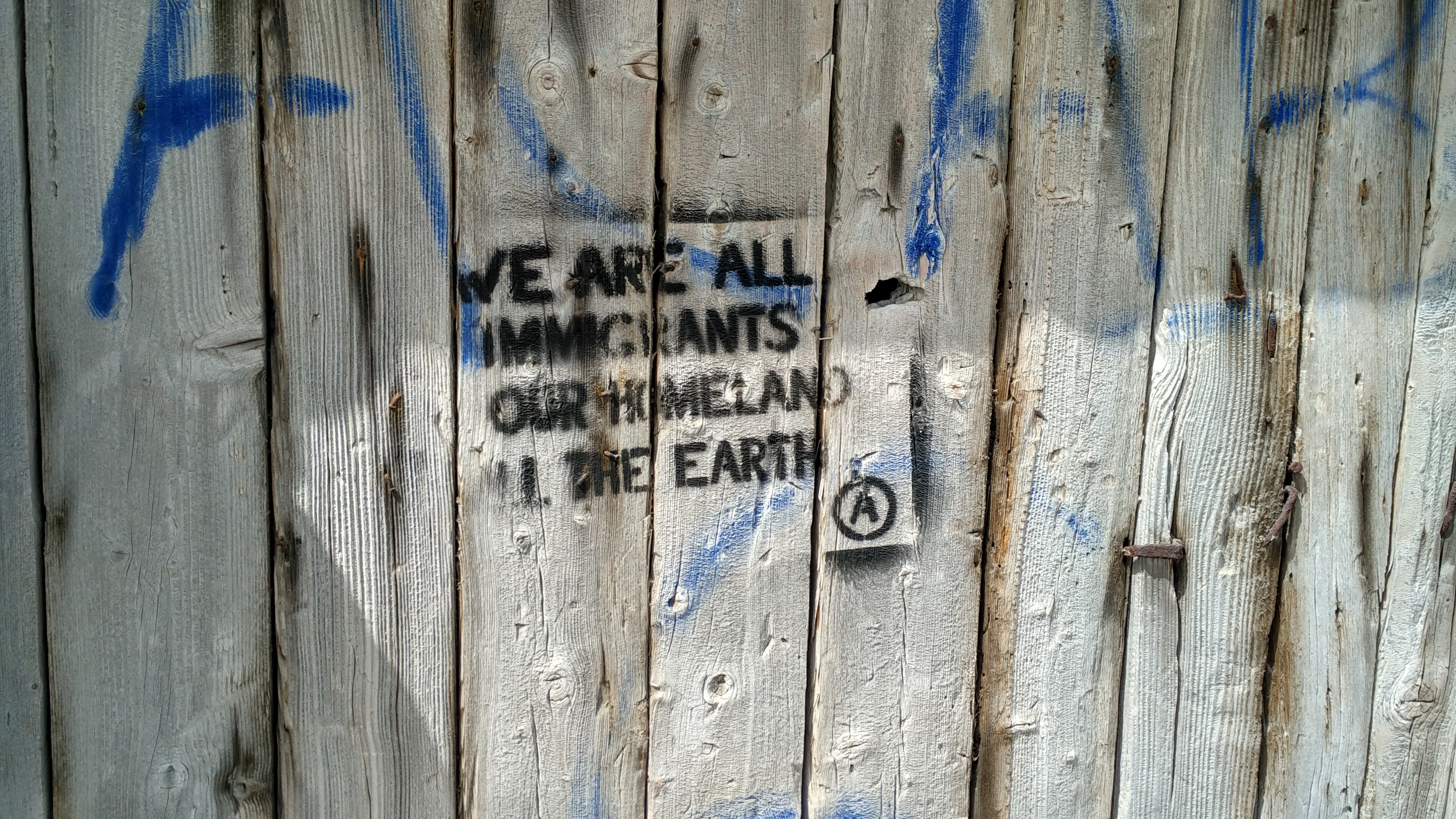 On the 13th of May we went around Kos City and visited Asclepeion (Hippocrates studied here), the Castle and the Tree of Hippocrates (He used to teach here). We had lunch at this restaurant called Mesogios. First time we tried Gyros, didn’t know that we would be having Gyros for the rest of the trip. 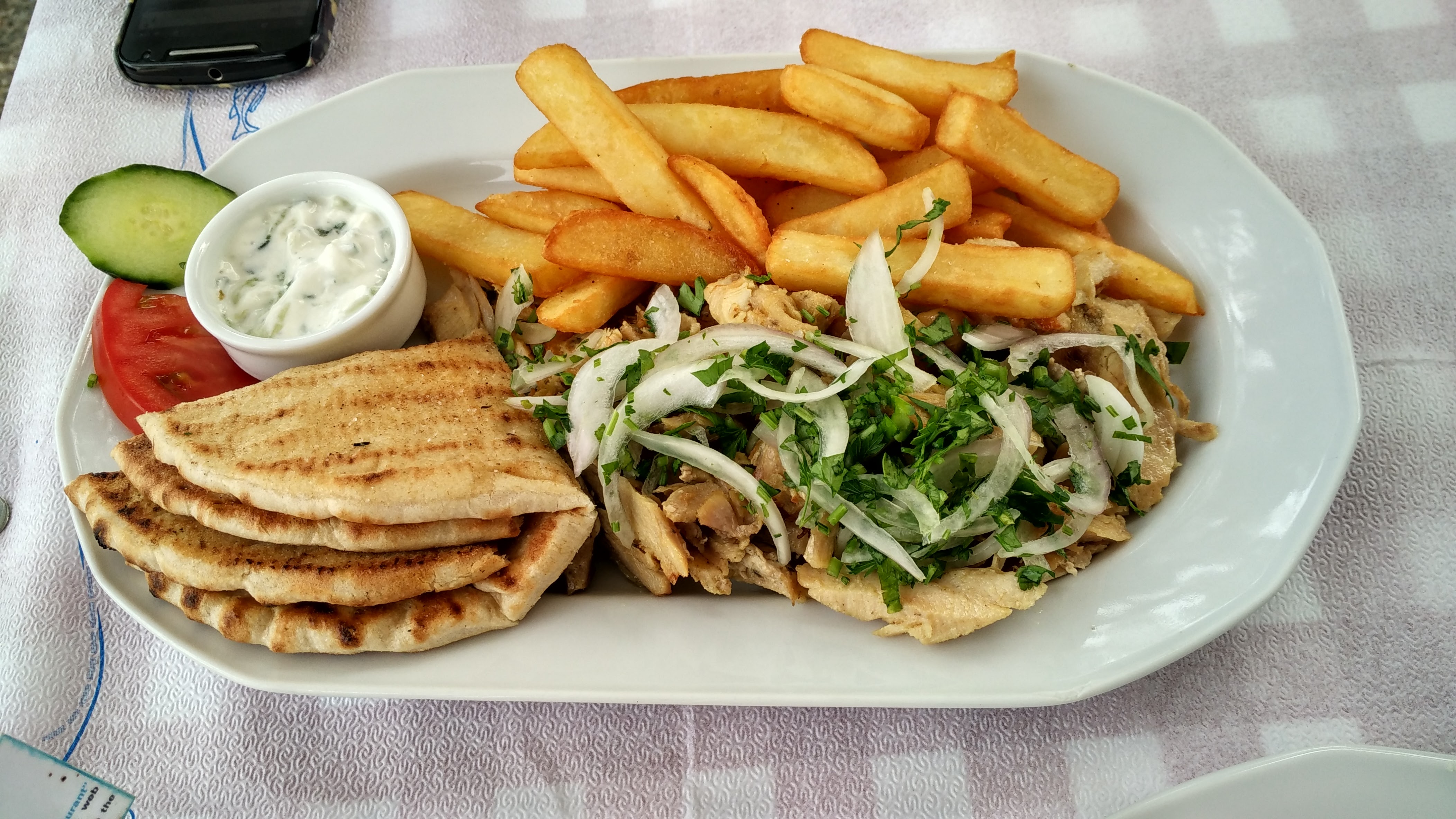 Kalimera!. On the 14th we went around the city again with Dad. Visited Mesogios again. The Restaurant is by the port and is wonderful. Took the evening ferry to Rhodes. Sadly we couldn’t visit Turkey, it was 15 minutes away as claimed by some ferry companies.

We arrived in the evening on 14th of May. Checked in at the Blue Sky Beach Hotel. It cost us half of what we paid at Platinisita Hotel but was top notch and worth every penny. Great breakfast, Good rooms, Great staff. In the night we went to this little restaurant called Mama Sofias, turns out they have a web page and are quiet famous. The restaurant is by the castle. The staff was lovely, free drinks! 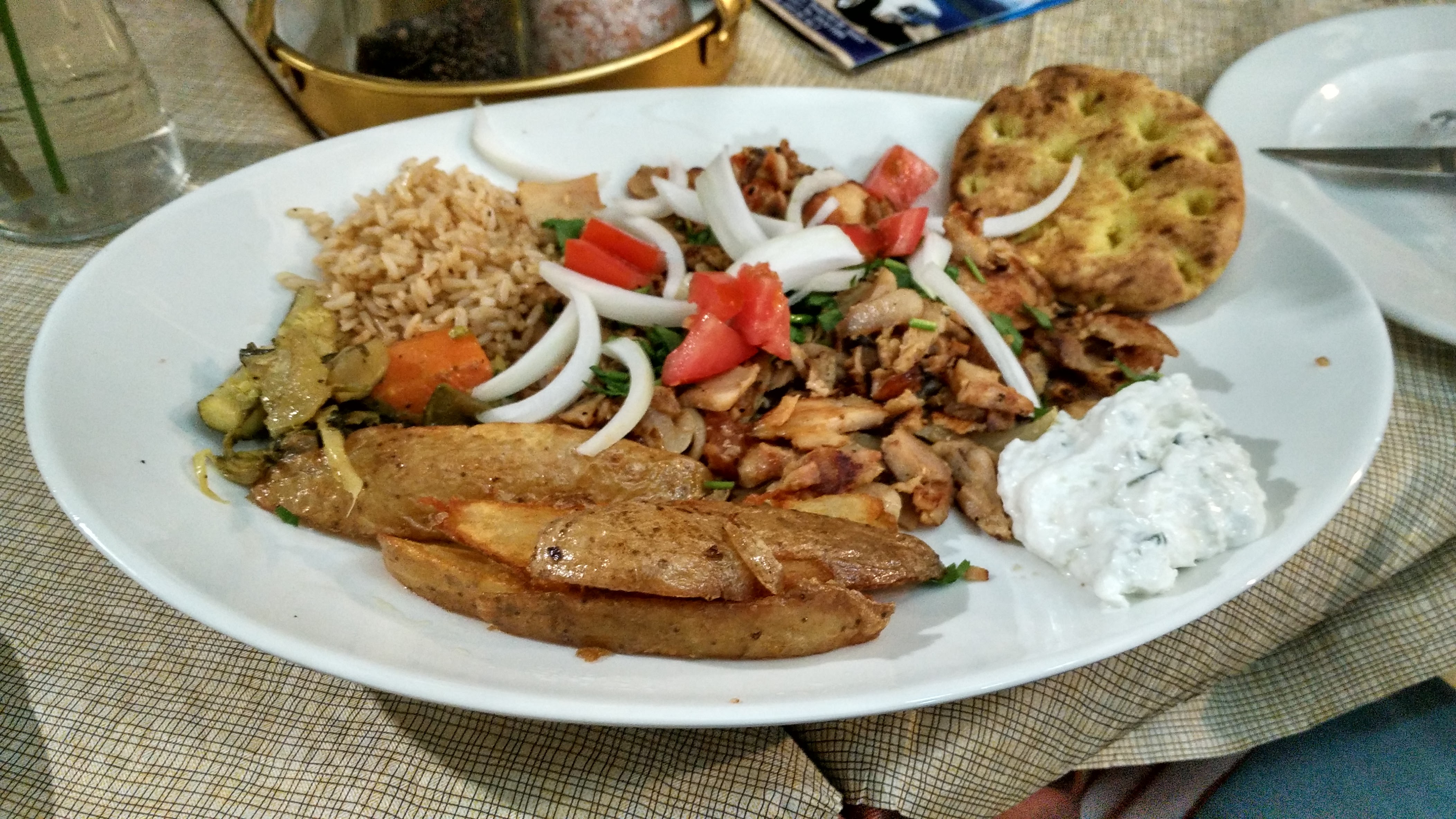 Next morning, 15th of May we visited Lindos. It was raining. The town was beautiful. It would have been better if it wasn’t raining though. Went to the beach and the castle. Decided to leave earlier than we had planned so that we could go around Rhodes. We had lunch at Augoustinos. The place was way cheaper than Mama Sofias and the Gyros there was amazing. Staff was great as well. From the restaurant we headed to an ice cream near our hotel. Cheap Gelato, 1 Euro for a scoop. It was raining heavily we decided to call it a day.

The next day, 16th of May we went around the Old Town and visited the site of the Colossus of Rhodes, inspiration behind the Titan of Bravos. The Old Town was charming. Had a great time. In the evening we headed to the Airport, we had to fly to Santorini. 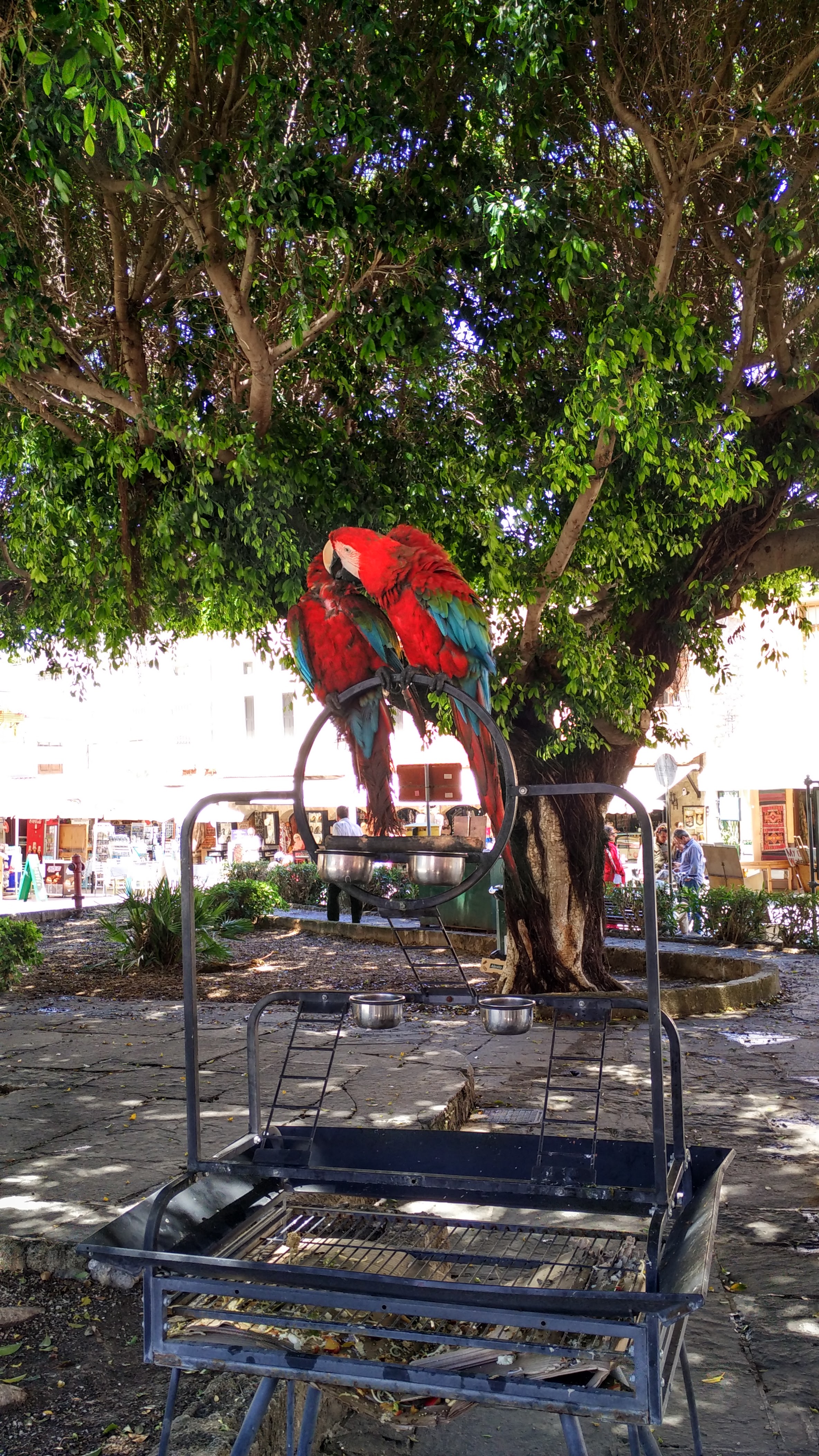 We reached Santorini around 9 and checked into our hotel called Scorpios Beach Resort. Great rooms, sad breakfast and okay staff. We had dinner at a Restaurant near the hotel. Can’t remember it’s name.

The next morning after breakfast we headed for Fira. Went for the Three Island Cruise. Visited an active volcano called Nea Kameni, Hot Springs called Palea Kameni and an Island called Therasia. There wasn’t anything to do at Therasia except for having lunch. We had lunch at a shack called Nick The Greek, Gyros again. The place was way cheaper than the famous Captain Johns and the food was good. 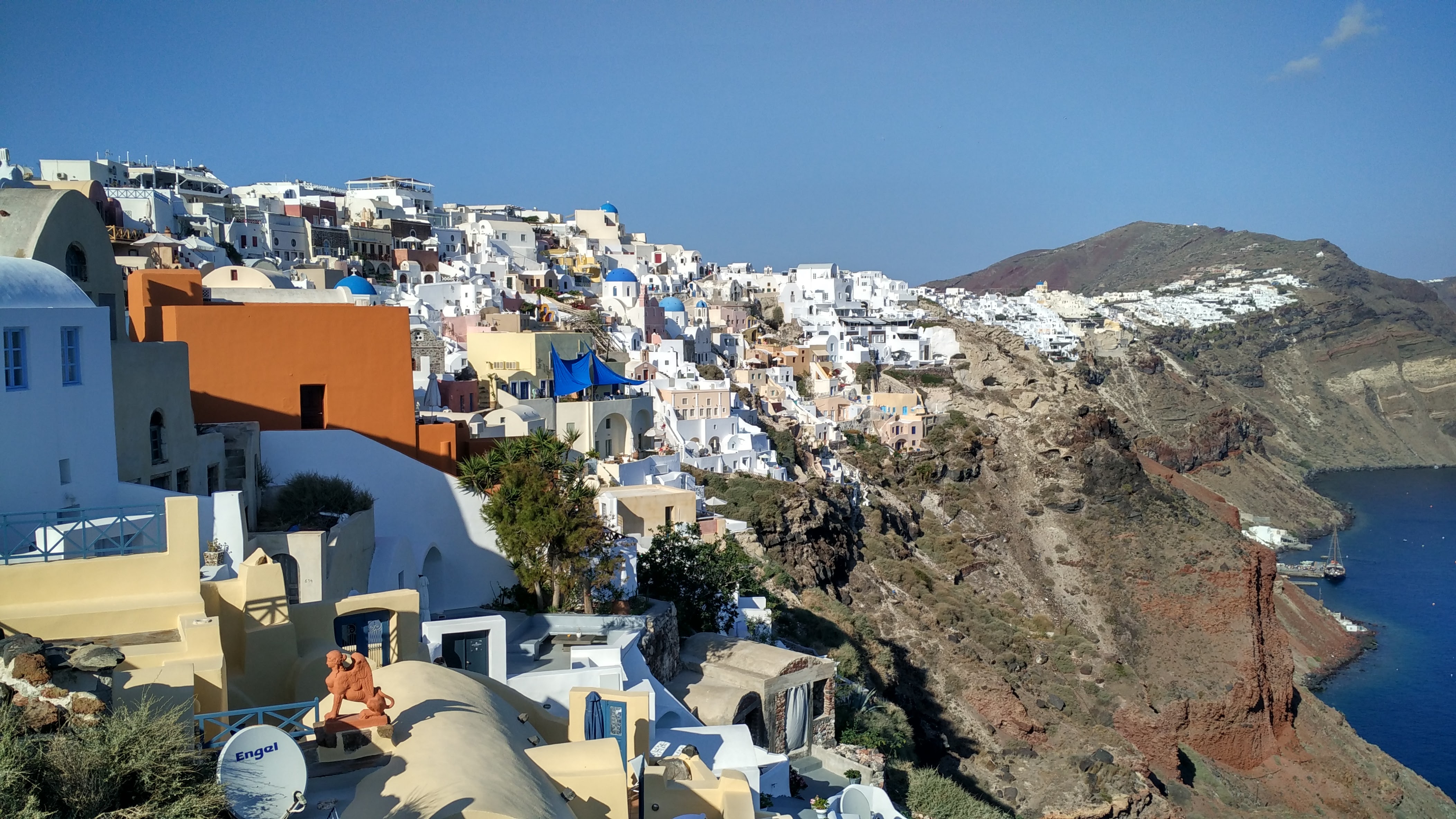 After the Islands we stopped at Oia. We went around Oia and stopped by the sunset point to see the Best Sunset in the World. Indeed it was great. A lot of people were waiting to see the perfect sunset. The place was crowded and people had reserved their seats hours in advance, so did we. 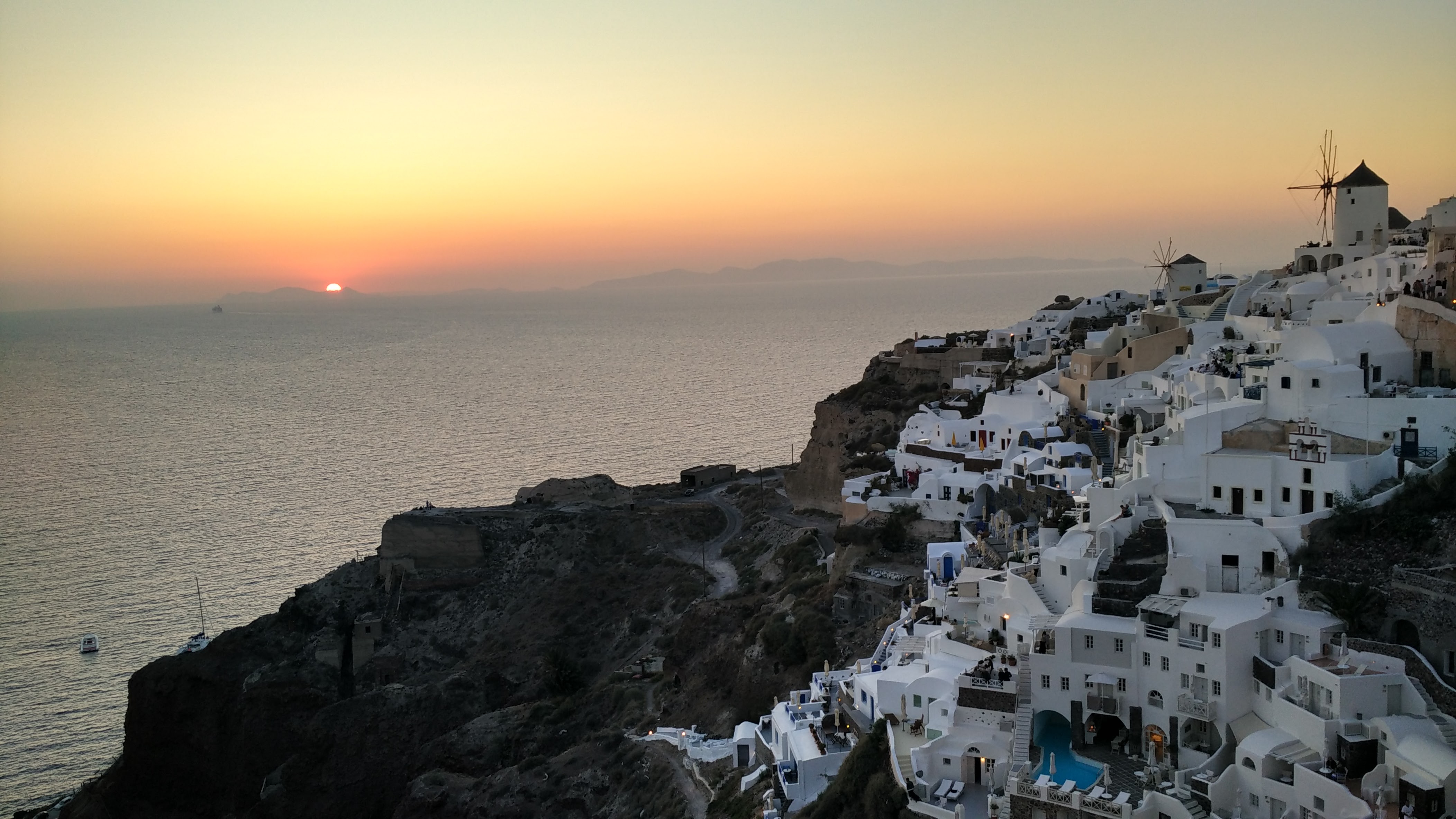 After the Sunset we headed back to Fira, I had Gyros at a place called Luckys. Then we took a cab to our Hotel.

On the 18th of May we had our flights scheduled for midnight. We were to leave Santorini for Athens. We decided to spend the day at Fira and Akrotiri/Red Beach. 18th of May happens to be the World Museum Day, something that I didn’t know of. The Akrotiri museum was free because of the day being special to the people at the Museum. The red beach was good but I would call it hyped. We had lunch at The Cave of Stolidas, a restaurant by the sea. The food was okay.

We enjoyed sunset in Fira and took a cab back. The same cab driver took us to the Airport.

We reached Athens by 1 AM. Checked in at the Non Smoking Plaza Beach Hotel, the cheapest hotel in the entire trip. Still 12 times of the most expensive hotel we stayed at during the Thousand Dollar Challenge. The place we stayed at was just 60 Euros. We had booked it two days ago as our plane landed in Midnight and our hotel would only check us in after 12 PM. In the afternoon we moved to the Palmyras Beach Resort. A nice hotel around 5 Kilometers from our night hotel. We went around Athens. We saw the Acropolis that includes the famous Pantheon, Temple of Zeus, Olympic Stadium, City Center called Syntagma and a few other places. 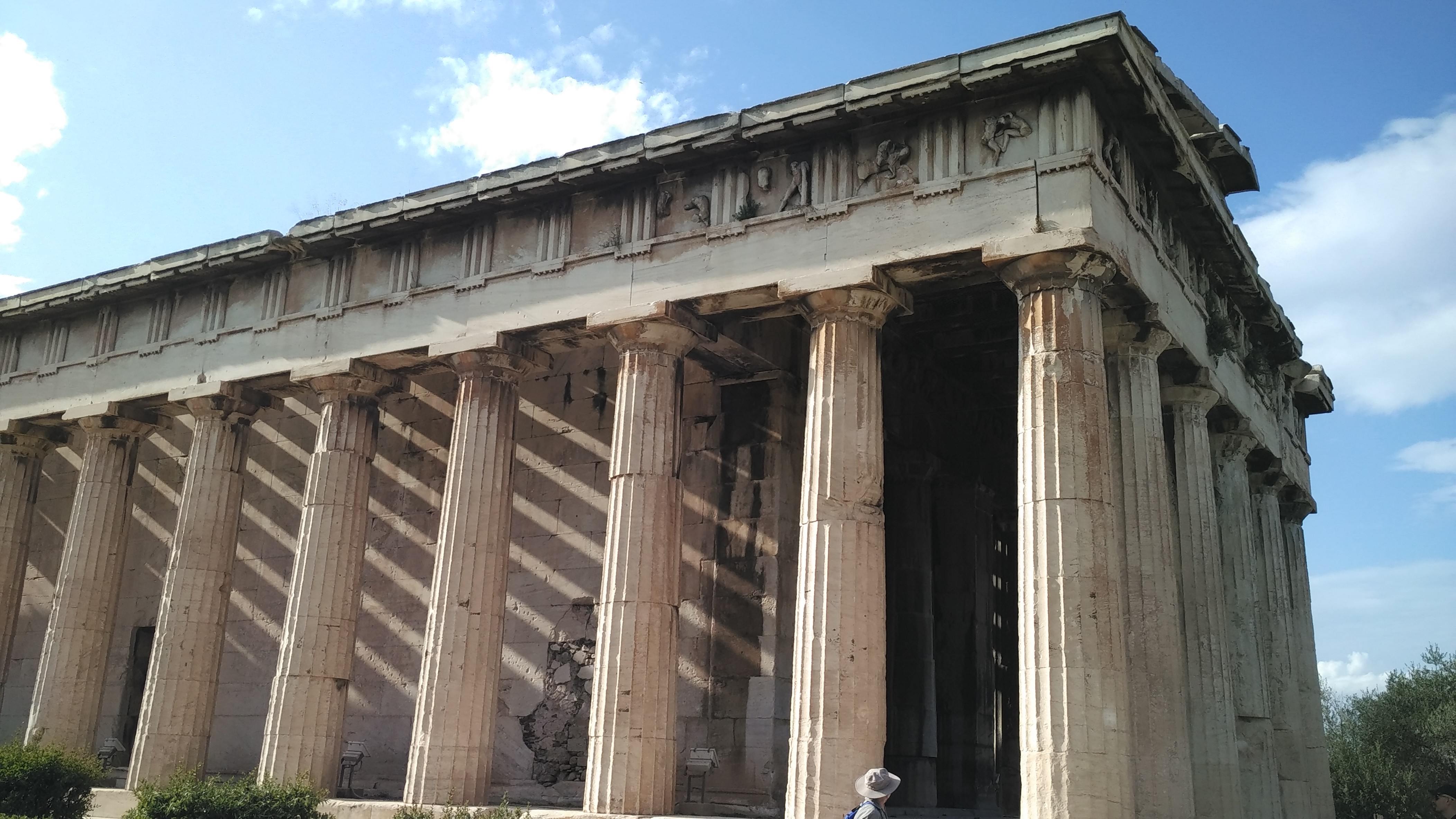 Next morning, 20th May we left for Kalambaka. We had planned on visiting the famous Meteora Monastries. Meteora is the inspiration behind The Eyrie in Game of Thrones. It was raining all day, so we could only visit a church near by. We had the cheapest Gyros ever at a restaurant opposite to Chicken Time called Nostimolikos, I am not so sure about the spelling now. The Gyros cost us just 1.5 Euro each. 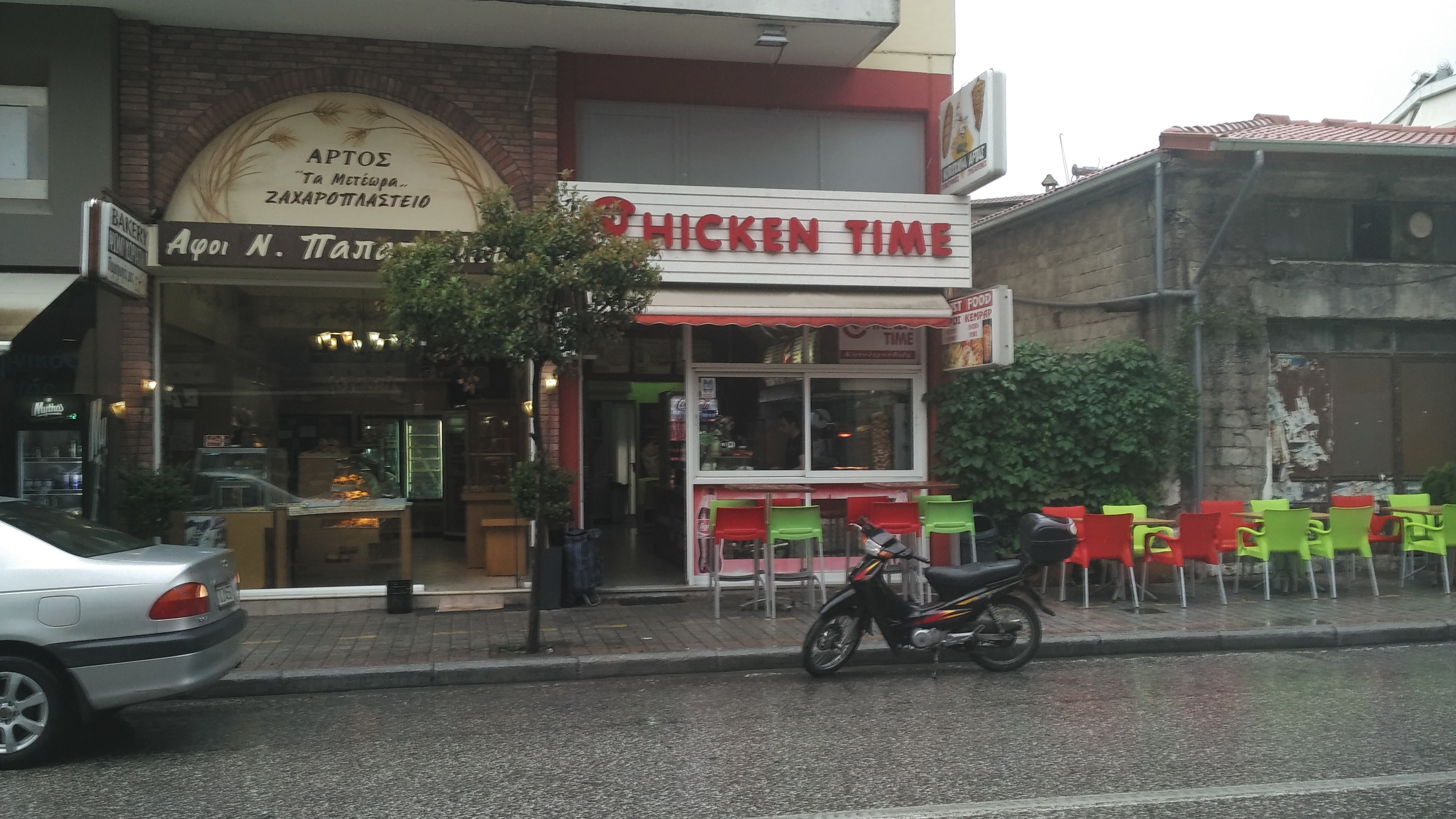 In the night we had dinner at a restaurant near the hotel called Sytraki (A Dance Type in Greece). The food wasn’t great.

We went around Meteora on the 21st. It was raining. We left earlier than we had expected. Meteora wasn’t great. I don’t think it would have been much different if it wasn’t raining. It would have been more convenient for us to walk around and see the valley but I still don’t think that the place would be as great as the Internet claims it is. The place is hyped. We took the evening train to Athens.

Athens Public Transport was on strike on the 21st of May. We had to take a cab from the train station to our hotel. Worst cab ride ever. The driver was speeding, smoking and telling stories about his time as a driver in Afghanistan/Serbia.

Next morning we left for the Airport. I left for Mumbai, parents and my sister left for London. The trip had ended. :(.