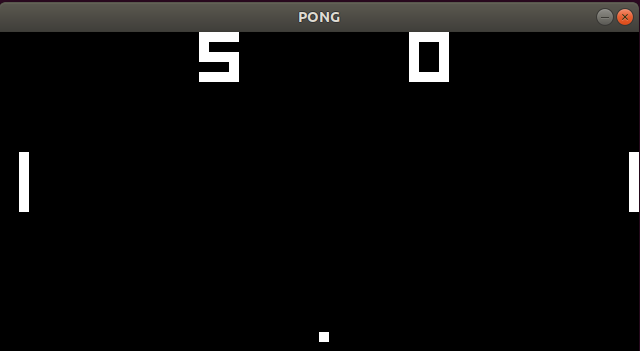 What is an Emulator?

The above quote has been copied from Wikipedia

I eventually found VGBA an emulator of Gameboy and Gameboy. I started playing Pokemon Red on it. That was fun and I think I followed that with Pokemon Blue. I think I caught all the legendary Pokemons including Mewto. That’s a different story for a different time.

I eventually bought a Playstation 2, my computer was too slow to emulate it then. I think I had a computer running Intel Pentium 4 at 1.6 Ghz and I got terrible frame rates with the PCSX2 emulator. In University I tried PCSX2 again as my PS2 wasn’t working and I really wanted to play Downhill Domination.

CHIP-8 is an interpreted programming language that run on the CHIP-8 virtual machine. It’s a fairly simple system that can run games like PONG and Space Invaders.

CHIP-8 looked like the Hello World! in the world of emulation. It is a fairly simple system with monochrome graphics and only one sound. It has 16 8 bit registers, 16 bit program counter, 8 bit delay timer, 8 bit sound timer and 4k of memory. If you want to write an emulator for CHIP-8 I’d highly recommend the following manual and the Wikipedia article.

If you want further help then you can have a peep at this article.

This is how the chip-8 roughly works.

For the CPU to work you’ll have to implement about 35 instructions though only 34 them are needed in modern interpreters.

What did you write the emulator in?

I wrote the emulator in Go, primarily because I wanted to learn the language. I didn’t use any of the concurrency related features like channels or goroutines. Using Golang allowed me to be conscious about the size of every register that I created as Golang doesn’t support implicit typecasting. Another feature that I loved about the language was the out of the box support for testing.

I had a chat with a friend who pointed out some resources to improve your Golang abilities.

I haven’t found time to read any of this yet, I hope to soon.

Update: For graphics/keyboard/sound I am using this library called Ebiten. I just had a pull request from the author of the library helping improve the performance of the emulaotr.

Is the emulation perfect?

At the time of writing I figured out that there is some bug while running Invaders on the emulator as my implementation of the instruction 0xFx0A is buggy. I need to work on it.

Show Me The Code

You can find the code on my Github here